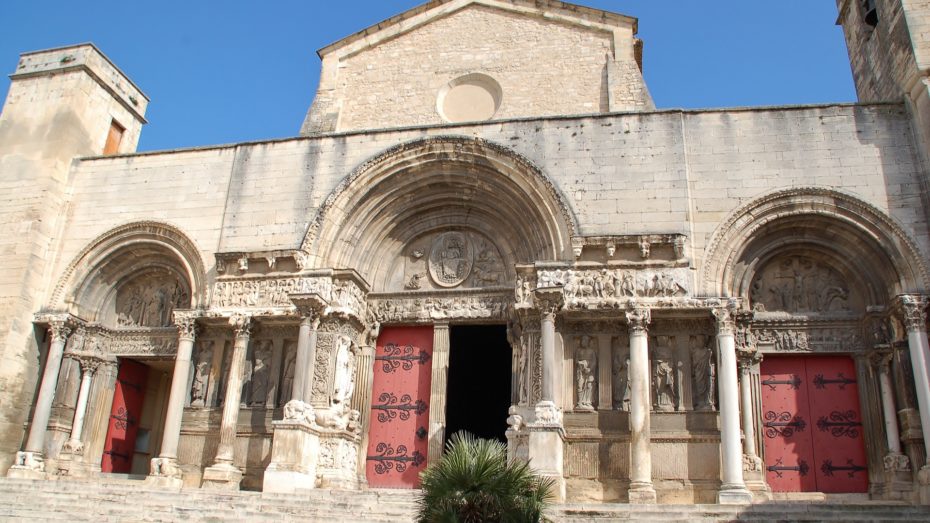 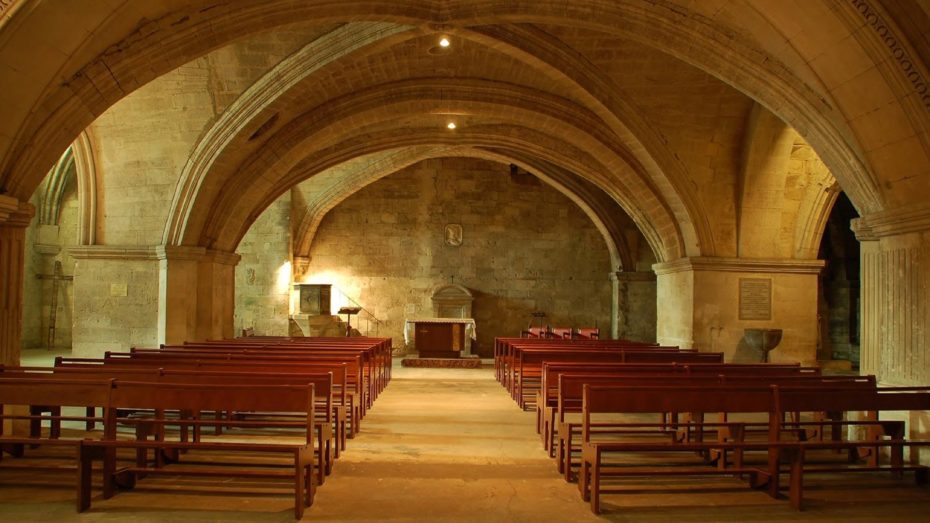 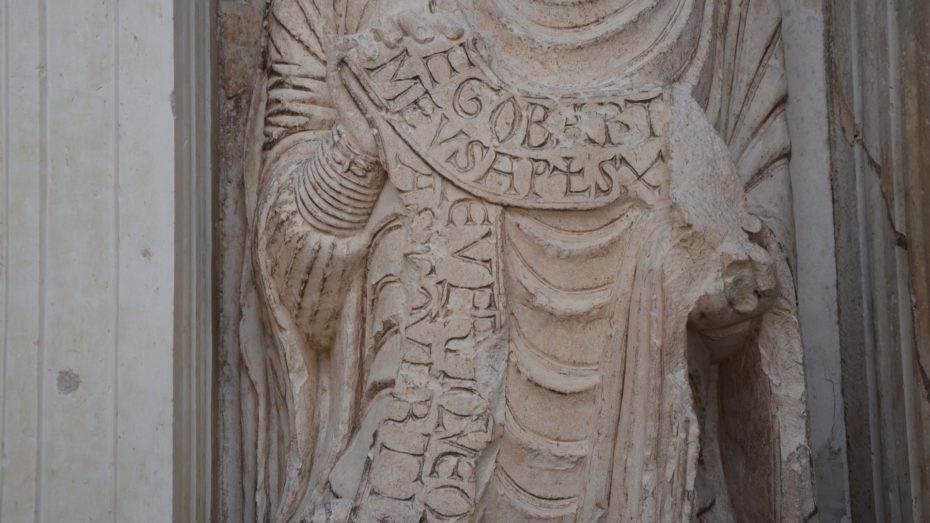 2018 is a very important year for Saint Gilles abbey-church.

Besides the anniversary of 20 years of World heritage as part of the Way of Saint James, the renovation works of the abbey-church will be completed.

Built in the twelfth century, the Abbey church of Saint-Gilles was the fourth most important pilgrimage destination in the Middle Ages, after Jerusalem, Rome and Santiago de Compostela. The church was partly destroyed during the Wars of Religion and the French Revolution, but still preserves its sculpted façade, monumental crypt and spiral staircase.

The facade is a masterpiece of late Romanesque art. It is decorated with scenes from the Old and New Testaments, statues of apostles, mythical creatures and a frieze illustrating the Passion of the Christ.

The lower church contains the tomb of St Giles, a meeting point for pilgrims from all over Europe. The crypt has exceptional dimensions and vaults. A door in the crypt leads to the remains of the cloister, formerly the heart of the abbey, which was progressively abandoned as from the 17th century.

The spiral staircase and the former choir:

Set in a wall of the former choir, the spiral staircase was a reference for architects of the Middle Ages, and the observation of its vaults is still an essential stage in the training of stone carvers. The vaults’ distinctive construction techniques prove the exceptional know-how of medieval craftsmen. The entrance of the staircase provides an overall view of the former choir.