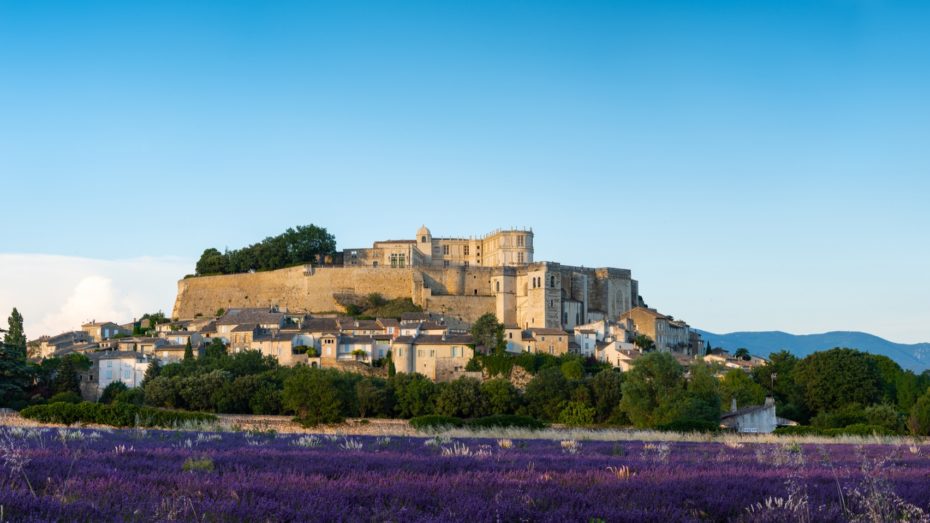 In the heart of the Drome, part of Provence, built on a rocky hill, the chateau of Grignan dominates the landscape. An example of the Renaissance architecture and French classic style, the building has had an eventful story.

A fortified castle mentioned as early as the 11th century, it was transformed into a luxury residence by the Adhemar family at the Renaissance. In the 17th century, the Marquise of Sévigné visits her daughter Françoise-Marguerite, who had become countess of Grignan after her marriage. The letters of the marquise to her daughter will make her famous and contribute to the reputation of the chateau. Dismantled during the French revolution, then rebuilt in the 20th century by Marie Fontaine, it has been the property of the Drome Department since 1979, who has been leading ambitious renovation and acquisitions projects.

Listed as an Heritage Site in 1993 and with a Musée de France label, the chateau of Grignan offers a journey through the art of living in different centuries. The chateau organises every summer the theatrical Night Festival.

Grignan is the biggest Renaissance castle in the South-East of France. Having reached its golden age in the 17th Century, it used to be the residence of King Louis XIV’s delegate in Provence. Travel through 1000 years of History in this fully restored and furnished castle, made famous by the marquise of Sévigné. Discover from the terraces a breathtaking 360° view over Provence and its lavender fields, the mont Ventoux and the village of Grignan, classified as “outstanding heritage site”.