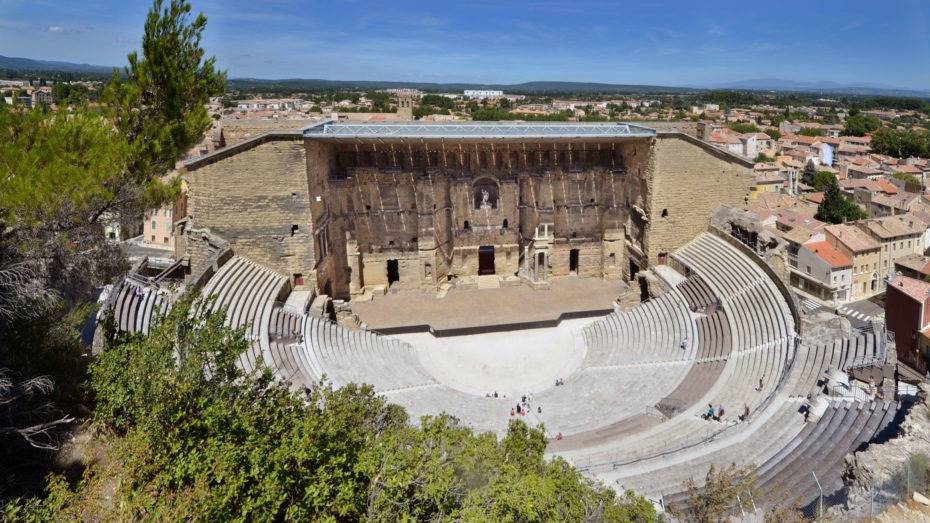 THE BEST PRESERVED IN EUROPE

In the heart of the Provence, this great Theatre of Imperial Rome, inscribed on the UNESCO World Heritage list, is an exceptional testimony of Roman civilisation. The Art and History Museum traces Orange’s history from Antiquity until the 20th century.

We invite you to go back in time with by an impressive 3D re-enactments of the founding of the city of Orange, the construction of the Theatre and its inauguration in the first century CE.
Equipped with Oculus Rift virtual reality headsets, you can admire the architectural splendour of the edifice during the reign of Augustus, as the stage wall being then richly decorated with multicoloured marble slabs, statues in niches, friezes and columns.

From 12th April to 31st August : young and elder are invited to a true journey back in time to the first century AD. The visit will be punctuated with activities (workshops, music, tales, historical sketches, theatrical visits) around Romanism in order to rediscover life around the Theatre, the social, political and religious centre of the city of Arausio.

July and August : scheduled during 10 evenings of July and August, the Theatre will open its doors to visitors at nightfall for unusual visits

On September 12th and 13th, history lovers, young and elder, go back in time and discover Orange in Roman times ! Over a hundred passionate re-enactors are called to occupy Orange and its Théâtre Antique, to demonstrate the lifestyle of the legionaries who founded the city.