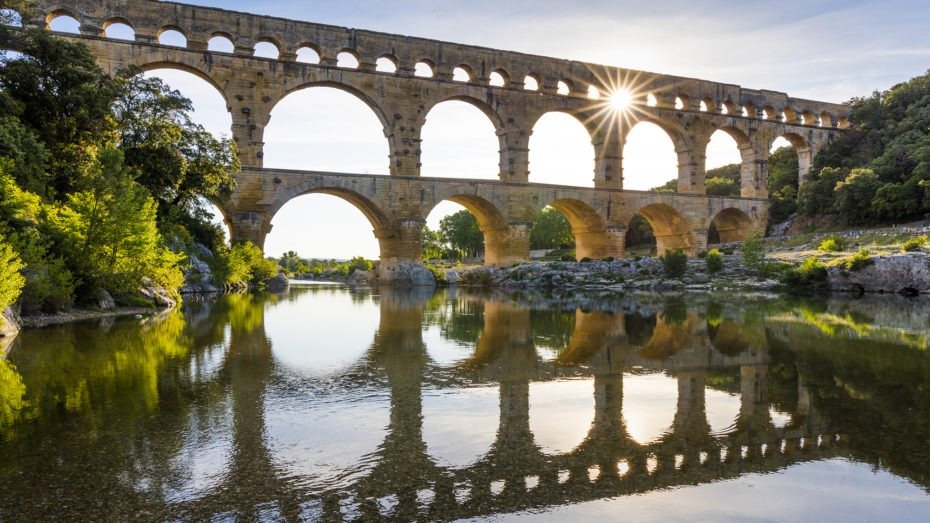 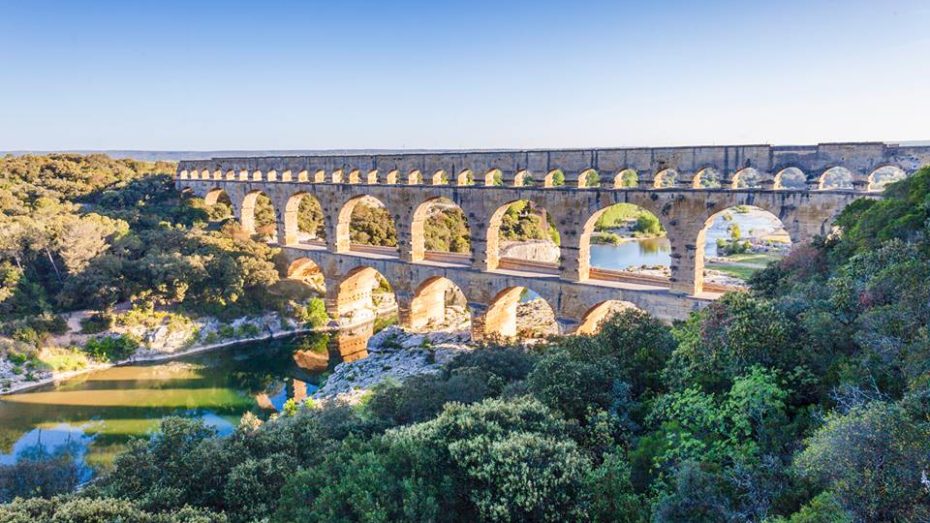 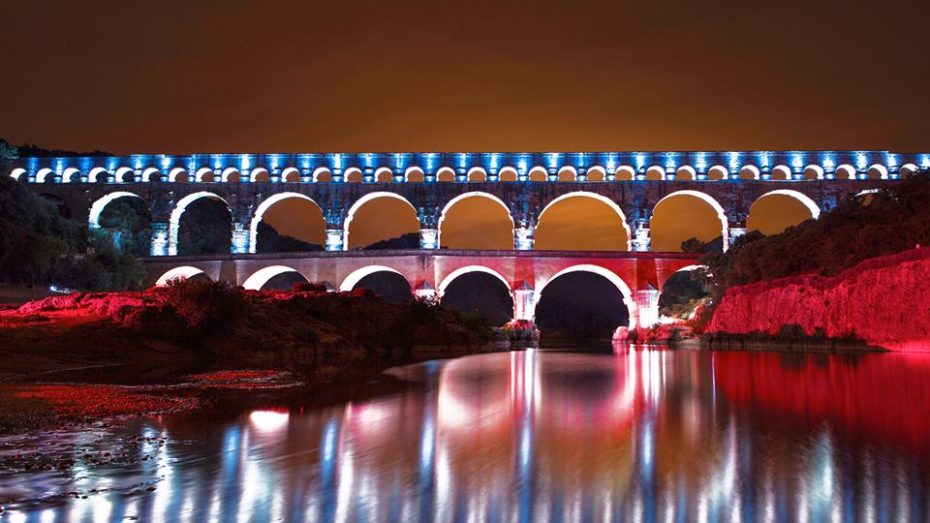 On a site of 165 ha, labelled Grand site de France, the Pont du Gard is the highest aqueduct bridge of the Roman Empire. Built nearly 2000 years ago and remarkably preserved, more than 800,000 visitors come each year from all over the world to admire this marvel of antiquity, 50 meters high and 275 meters long.

In 1985, the Pont du Gard was listed as a World Heritage Site by UNESCO. It is recognized worldwide as a masterpiece of human creative genius and a unique testimony to Roman civilization.

Discover the history of the Pont du Gard

The Pont du Gard is a 165 hectare playground for families. Dive into the heart of Roman times by visiting the Museum, the Cinema, the Ludo area for 5-12 year olds or Mémoires de Garrigue, an open-air trail. Enjoy the unforgettable experience of a guided tour to the top of the aqueduct in the canal where water flowed in Roman times. A pure moment of emotion that will be the highlight of your stay in the South of France

An unforgettable evening under the stars!

In July and August, the end of the evening is magical with an exceptional lighting of the Pont du Gard followed by a video mapping projection on the monument. A succession of scenes transforms the monument, offering an unforgettable moment of poetry and enchantment to be experienced with family or friends under the stars at the foot of the Roman monument. You’ll leave with images that fill your eyes!

Concerts, shows, temporary exhibitions, workshops for children and families are offered throughout the year. Check out the full programme at www.pontdugard.fr.